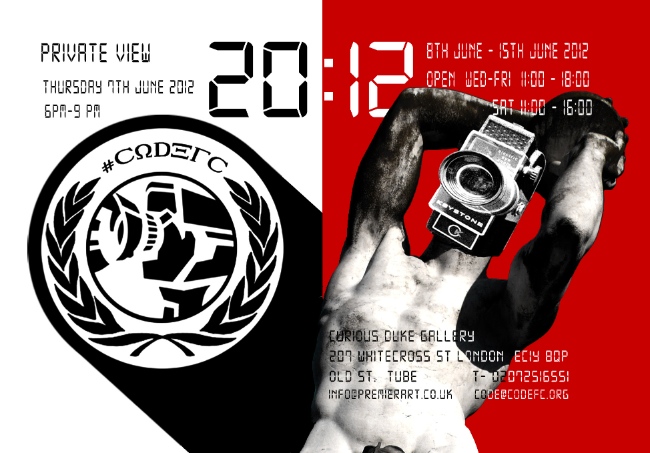 We had the chance to get a sneak preview of 20:12, #CODEFC’s London Olympics Installations show opening tomorrow at Curious Duke gallery on Whitecross street. The London-based artist’s 2 year long project is coming to maturation with this show and fits nicely the build up to the London 2012 Olympics.

Using stencil interventions onto London city landscapes, #codefc presents athletes’ imagery in all their splendour and vigour, performing the Olympian feats for which they are known against a backdrop of reconfigured and stretched Olympic rings, their faces replaced with cameras and camcorders – the artist’s signature mark.

The show breaks onto two floors in what is an awesome venue for exhibiting any work. A few pictures are included below of some of the artwork we noticed. We got there when Fab was putting up the stencils cut outs on the wall, you have below some pics of what could be an awesome mural. Come and find out tomorrow.