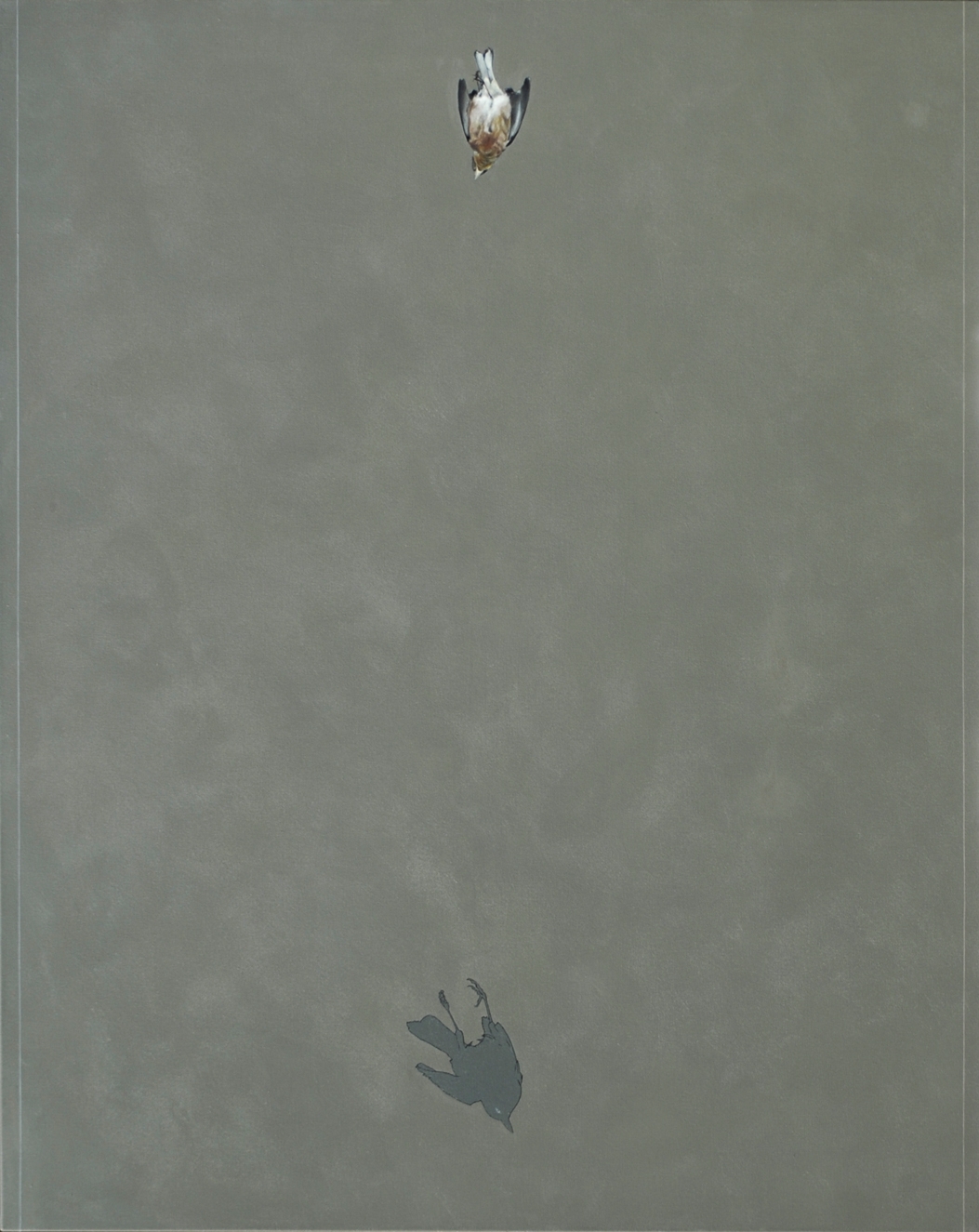 But it may be that without meaning there is only space, so in a sense I make my paintings by accident, but knowingly so.  The central space created by painting ‘at the periphery’ has a tension that is constantly pregnant with possibility.  In order to remain so, the tensions of space are never resolved, but continue and it is this continued lack of resolution that forms the overall content of the picture.[1] Perhaps what’s missing is what’s outside that loop or the fear of its ceasing to be a loop and become something that runs forward in time.  All those fears and hopes, everything the intimacy within the home brings, begins to open up to a greater loss and eventually time will bring the loss of things because of the infinite nature of time; everything outside of time is infinite.[2]

At art college we were encouraged to self-analyse our output and I found myself not fully understanding how I travelled from initial concept to final outcome. So, now I find it useful to think of myself as a black box where every new line of enquiry has the potential to reveal more of my inner (often hidden) self and my motivations for doing what I do.[3] Initially it was very important to move away from outward observation, it came out of necessity for me, and I had to close myself off from the real world for a while although outward observation is creeping back into the work acting as little anchors.[4] All that is visible is a barely responsive exterior… This indifference, characteristic to the figures in my paintings, suggests the social is almost taken away. You wonder what is revealed in this state of consciousness, just mindless projections on to others perhaps.[5]

This play on words, mixing up sentences from each artist interviewed so far for This ‘Me’ of Mine, is not intended as a clever ploy at meaning-making, but rather a look at the interconnectedness of the issues of the self and identity.  Each of these artists is concerned in their own way with issues of self in their work.  It is fascinating for me as curator to see how their concerns link together in the universal struggle to self-identify; something which I hope will become evident through these interviews.

Join us in the on-going discussions. Go to INTERVIEWS at the This ‘Me’ of Mine blogsite to read more from David Minton, Anthony Boswell, David Riley, Aly Helyer and Melanie Titmuss, the artists interviewed and quoted above (see credits below for links to the individual interviews).

Interviews coming up: Sarah Hervey, Shireen Qureshi and Sandra Crisp.  Waiting in the wings: Kate Murdoch, Annabel Dover, Edd Pearman, Cathy Lomax, Hayley Harrison, and Darren Nixon.  Art Historian and critic, Becky Huff Hunter, is kindly interviewing me and that will be coming up too.

[1] The Temporary Suspension of Tension; an interview with David Minton, 2012 Jane Boyer for This ‘Me’ of Mine, found at: http://thismeofmine.wordpress.com/2012/02/13/the-temporary-suspension-of-tension/

[2] Living in the Constant; an interview with AnthonyBoswell, ibid, found at: http://thismeofmine.wordpress.com/2012/06/22/living-in-the-constant/

[4] Anchors of Observation; an interview with Aly Helyer, ibid, found at: http://thismeofmine.wordpress.com/2012/03/07/anchors-of-observation/

[5] A Barely Responsive Exterior; an interview with Melanie Titmuss, ibid, found at: http://thismeofmine.wordpress.com/2012/07/14/a-barely-responsive-exterior/

One thought on “The Universal Struggle to Self-Identify: This 'Me' of Mine”