If you are into art, you will have heard of the famous names doing the rounds. However, there are many artists currently under the radar who are looking for the chance to break out and make it big. Here are 9 artists who are predicted to make waves in 2016:

He is an American artist of Korean descent, best known for figure painting, creating murals, graffiti and creating novel graphics. His paintings have been called “dirty style” for they portray excitement, degradation and desire with a chaotic, raw tone. He is famous for his “Bucktoothed Whale” graffiti and many others he made on the streets of Los Angeles. He has been creating street art since he was a teenager, inspired by other graffiti artists of LA, such as Mear One and Hex. He also accepted Facebook stock options in exchange for painting a mural, which is now believed to be worth a lot of money.

She is also an American artist from LA. She claims to be inspired by diverse references, such as the cowboy culture, Las Vegas architecture, theatre and music. She creates large-scale paintings that drip with excitement, illustrating theatre with a touch of history. For instance, her 2007 painting “Night at the Palamino” illustrates a scene at a Hollywood nightclub which once played hosts to legendary artists, such as Johnny Cash, Patsy Cline and Willie Nelson. 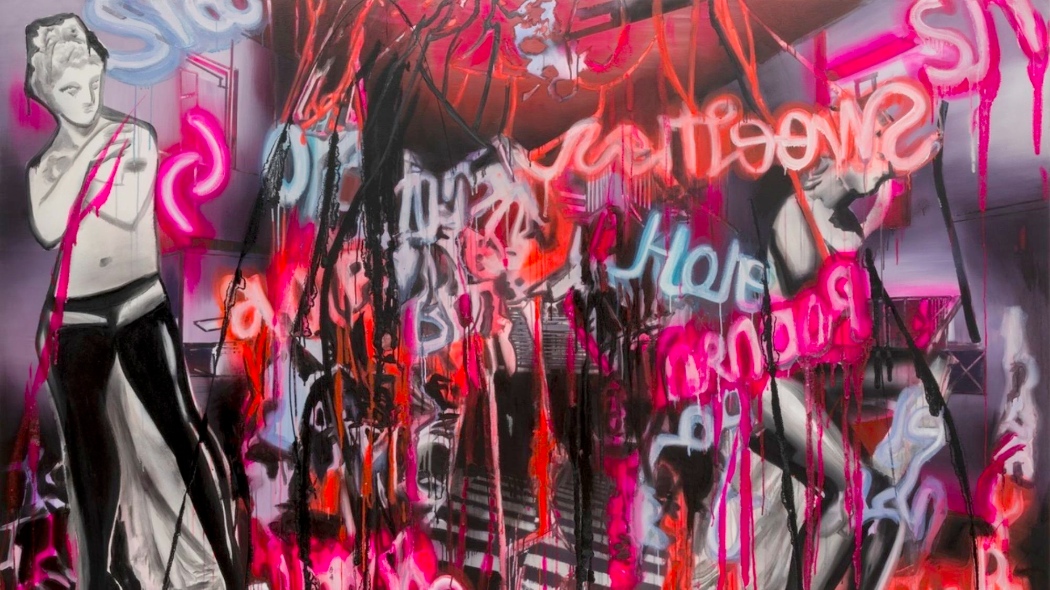 He is an American artist of Taiwanese descent. He is known for creating various DC comic book covers and has received various recognitions in that industry. However, in 2008, Jean retired from his comic book drawings to focus on painting. He has been incredibly successful in his painting career as well, most notably known for his work with Prada, including a mural for the 2008 show in Milan. Jean’s paintings are known for their romanticism and poetic depictions. 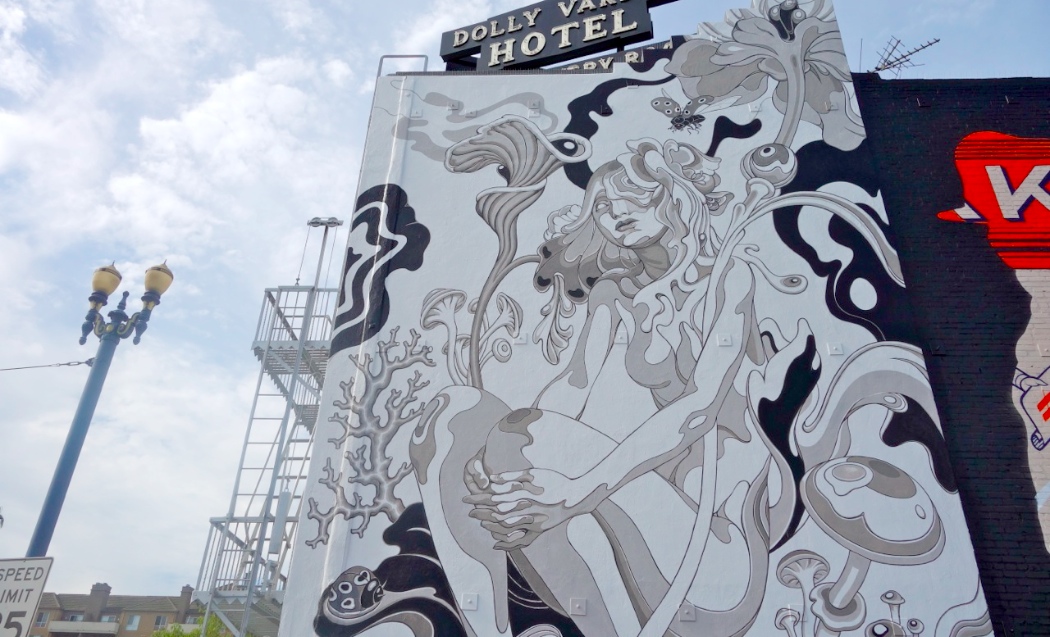 He is a conceptual artist from Britain. He has been ranked at the top for creating urban street art. In his early years, Neate painted on cardboard boxes he found on the street, and now major collectors and celebrities bid high money for his original artwork. He mostly creates figurative images in multi-dimensional tones. He left hundreds of paintings on the streets of London as an open exhibition. From there, he got invited to many solo exhibitions and was recognized as a pioneer of the new movement which showed street art in conventional art galleries. He claims to get inspiration from his wife, graffitist Daze and Picasso. 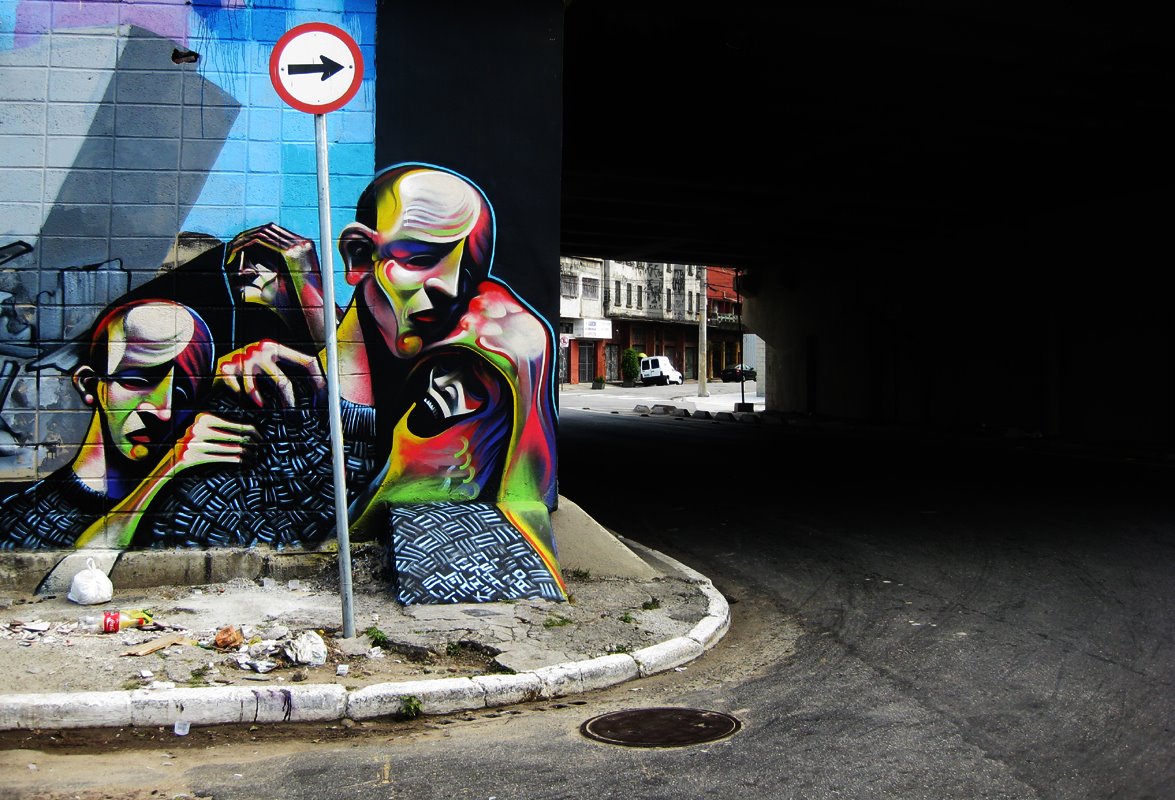 He is a Belgian graffiti artist, known for his street work in Europe, United States, Australia and New Zealand. His work usually comprises of wild animals or birds found in the city he is painting. He works with minimal colors, mostly using black, white and red. He only uses vibrant colors when depicting internal organs of the animals. He has created many large-scale murals in popular urban areas. 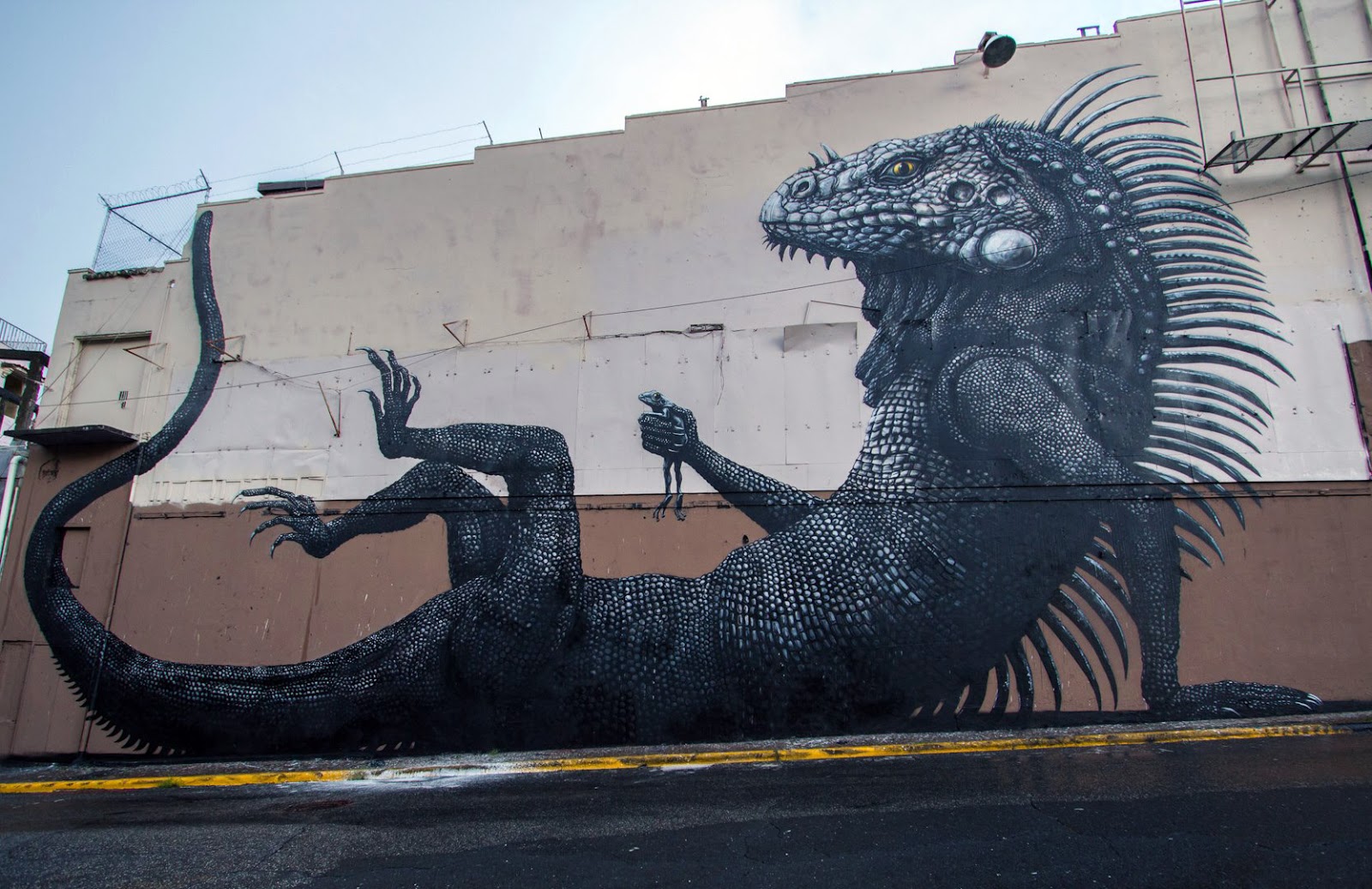 He is an American artist from California, known for combining street art with pop surrealism. Even though he has done graffiti from a young age, he claims to be “a muralist with an occasional urge to do some graf.” Soto also works as a freelance illustrator, providing editorial work to clients, such as Entertainment Weekly, Sony Music, United Airlines and Disney. Soto has also created remarkable paintings and had his first solo exhibit in Los Angeles’s New Image Art Gallery. Soon he was invited to many other solo exhibits and has been successfully merging street art with pop surrealism. 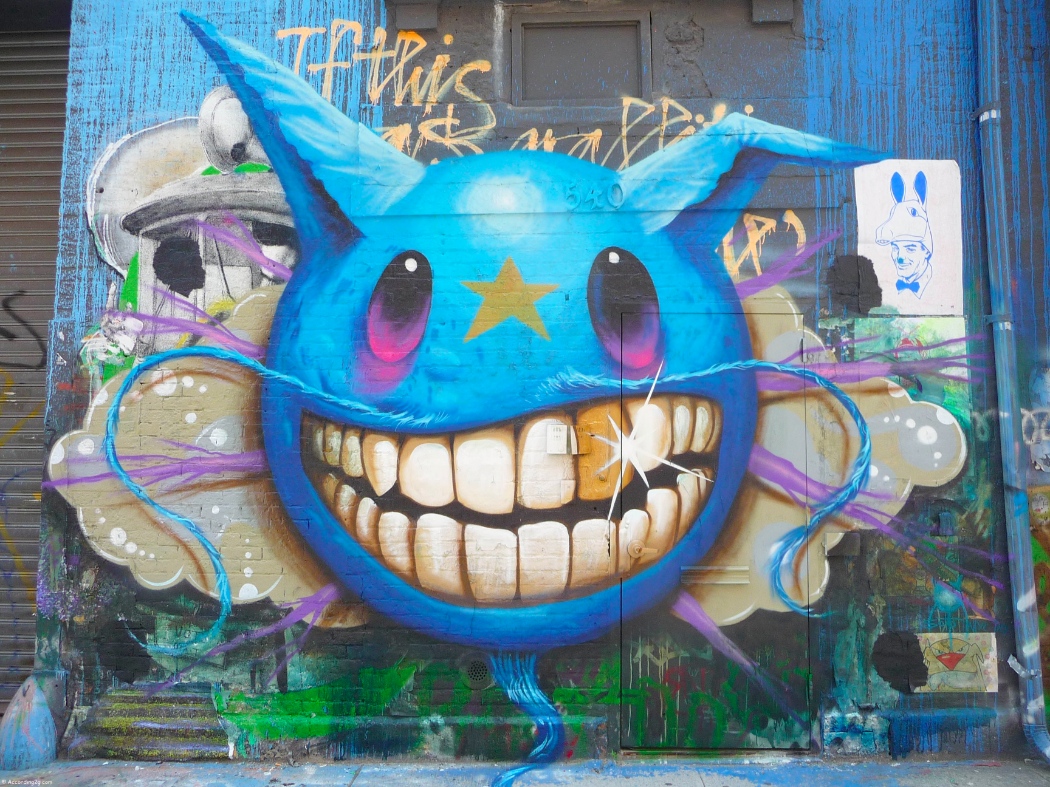 He is an American artist from California, known for his graffiti and paintings in Los Angeles. He is famously known for creating large-scale graffiti on the concrete bank of the Los Angeles River. The painting took him a year to complete, using 97 gallons of paint. It is the largest known graffiti in the world and can be viewed from a satellite. His graffiti went viral and he has since created many pieces of art.

She is also an American artist from Los Angeles, California. She is known for painting on wood panels, depicting young, adolescent women who seem to be erotically charged. Her art is an infusion of the Japanese Manga and Art Nouveau. She claims to be influenced by Gustav Klimt and Alphonse Mucha. She dropped out of Pratt Institute in New York City because her professors discouraged her from her style of painting, which mostly included nudes. She has since been a rising star of Los Angeles. One of her paintings was tattooed on singer Christina Perri on an episode of LA Ink. 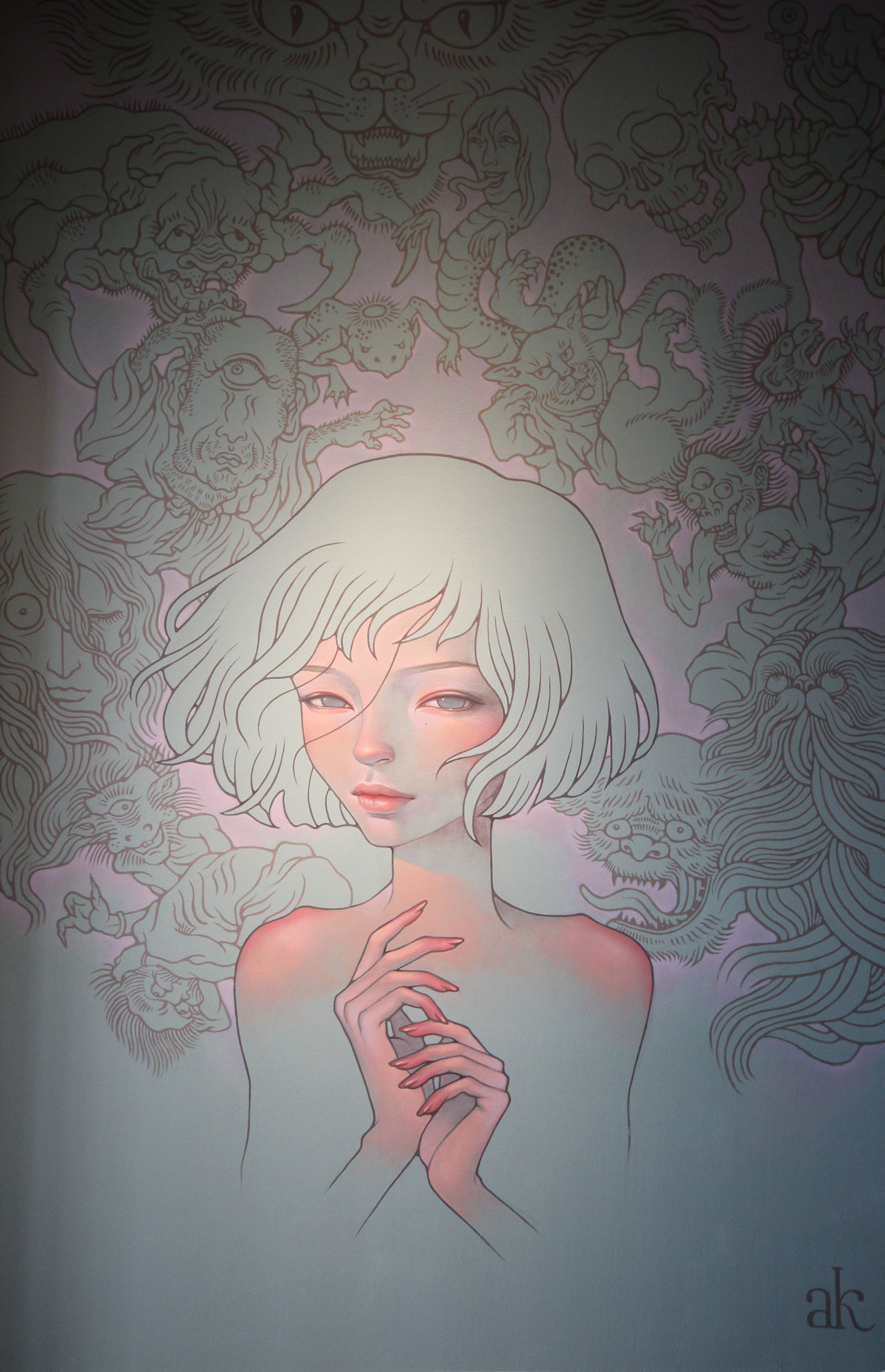 She is a Japanese artist known for creating art with an infusion of manga and anime. She also portrays science fiction in her paintings, taking inspiration from her father’s library of natural sciences and science fiction. Her artwork illustrates exotic animals and architecture found in urban cities, usually portraying juxtaposition between future and fantasy. She worked under Japanese contemporary artist Takashi Murakami who helped her polish her skills. Takano’s paintings capture Japan’s Otaku culture but from a feminine perspective and show how this culture will boom in the future. 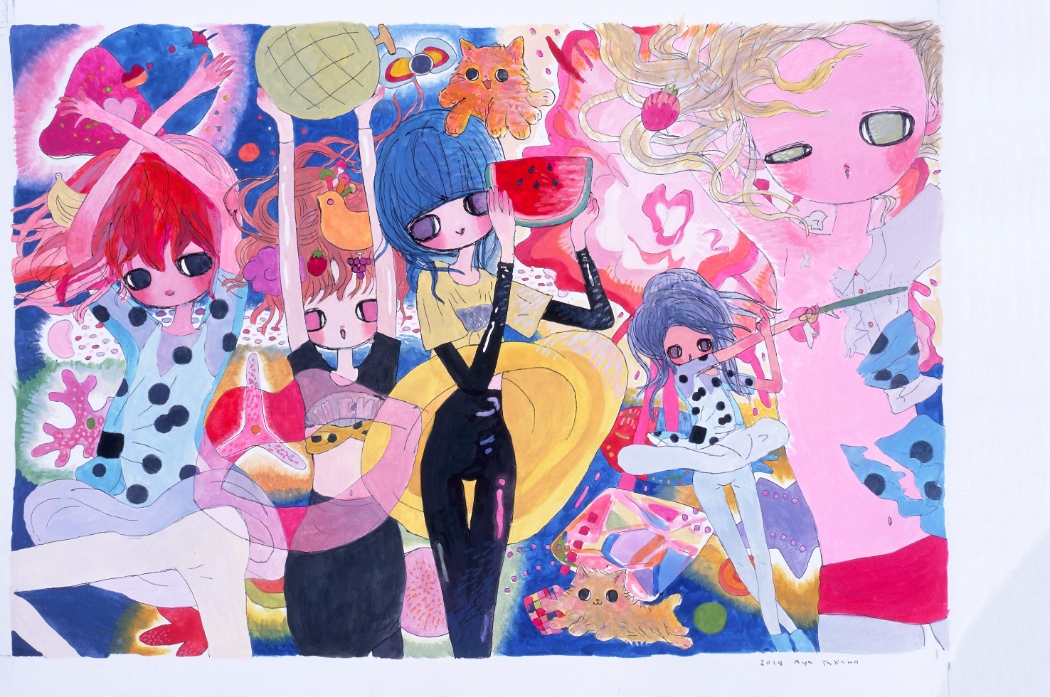