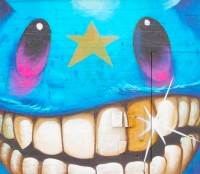 Posted by Pierrick Senelaer on November 11, 2013 · Leave a Comment 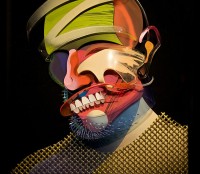 As I am reading the press release of History – Adam Neate. Portraits from 2006 -2013, I remember that last time I got that excited by a show about portraits was when I went to see Joram Roukes at Signal gallery. Adam Neate (as much as Joram Roukes) is the sort of artists that will challenge whatever perception of portraiture in art you might have by giving you something radically different to look at. Do not look for resemblance  in Adam’s work, his portraits are... Read More

Posted by Pierrick Senelaer on November 2, 2011 · Leave a Comment 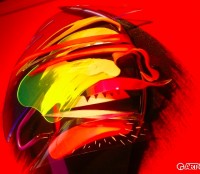 Adam Neate – Red Dimensional Portrait Once again I was on my way to the Elms Lesters Painting rooms to go and check out the latest dimensional paintings from Adam Neate. I still had so many good memories from Adam Neate’s last year’s show, also held at this venue, that I could not wait to see what this new show had to offer. The layout and feel of the Elms Lesters painting rooms is as I remembered it – high ceilings, wooden floors and a relative darkness... Read More 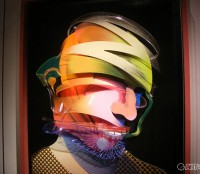 Last time we went to see an Adam Neate’s show, precisely at the same venue, we were happily surprised by the freshness of Adam Neate’s three dimensional works. I hadn’t seen such work, such technique before – 3D in paintings using Perspex being such a modern medium. The sober atmosphere, high ceilings and spot on lighting at Elms Lesters painting rooms enhance Adam Neate’s art which seems to gravitate around you. You will find below a few pics of... Read More