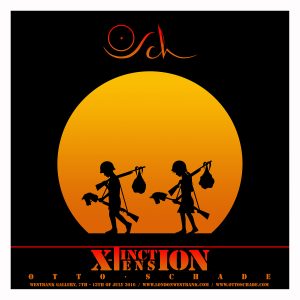 In the meantime, the private view of the show is tonight between 6-10pm.

As the Anonymous sunset image shows, Osch will work on his signature tape style combined with his sunsets which have covered London and other cities in the past year.

The artist will be releasing 2 very low edition hand-finished Anonymosch prints during the show and there will be a giveaway of 10 posters (image below) to the first 10 fans through the door.

Here is what OSCH says about the show –

‘AnonymOsch’ came about for a couple of reasons. When we were putting together my latest solo show I had to come up with a name that meant something to me! I decided on the show being named ‘Extinction Extension’. Followers of my work will know that I try to highlight the futility of war and also the fragile plight of many of our endangered species. These guys at anonymous try very much to do the same thing in their own kind of way.They have started a global movement that is growing by the day. 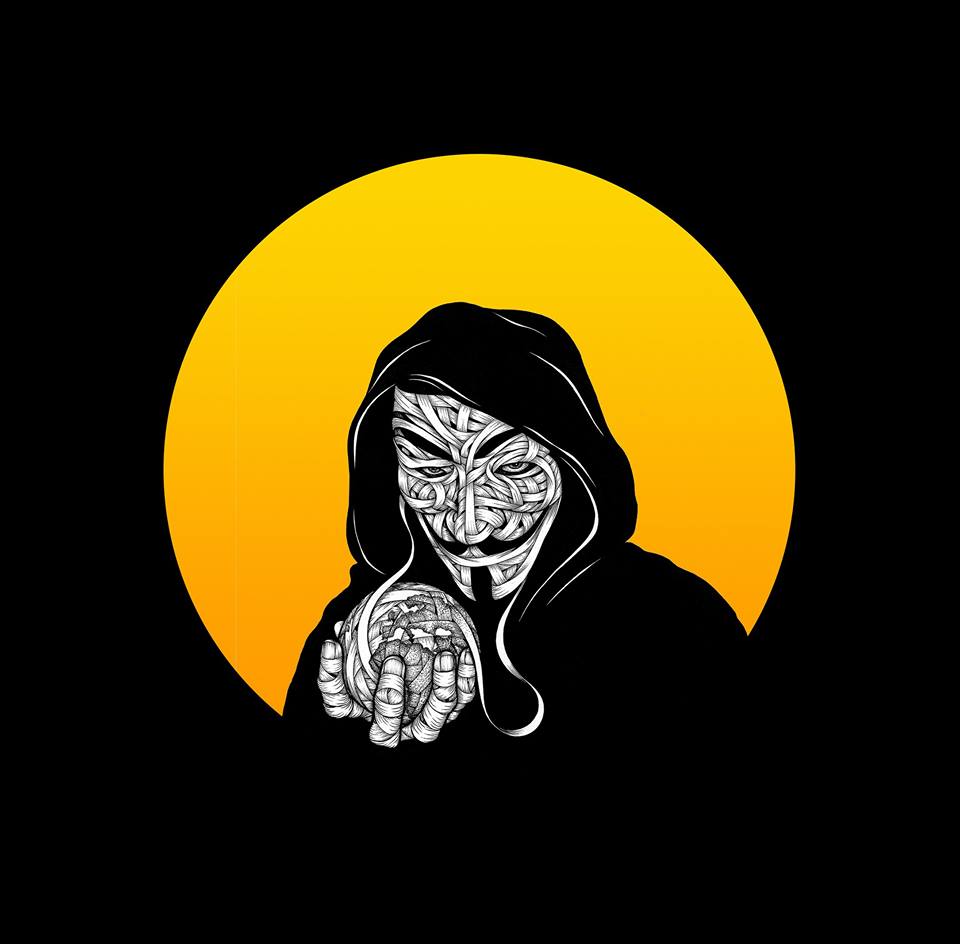 Although I don’t agree with everything that they highlight, a lot of what they convey makes perfect sense. My ‘Orb’ body of works do not pertain to anywhere in the world in particular, but rather everywhere where there is conflict. ‘AnonymOSCH’ is a hybrid artwork that utilises the impact of the simplistic Orb and also encompasses my trademark ribbon style. The face of Anonymous was taken from the ‘V is for Vendetta’ movie, although originally (as I am led to believe) was manufactured as a Guy Fawkes mask.

When Anonymous Chapter One, London commissioned the drawing from me I jumped at the chance as it was an image that I had been toying with for quite some time.

Please note: you need to be on the guestlist to be entitled to the free poster so please RSVP to guestlist@londonwestbank.com