Filed under BLOG Tagged with
ShareTweet

Probably one of the most popular sport events in the UK, The Championships, Wimbledon 0f 2016 are happening right now and have been since 1877! It is the oldest tennis tournament in the world, and is widely considered the most prestigious.

It is one of the four Grand Slam tennis tournaments, the others being the Australian Open, the French Open and the US Open. Since the Australian Open shifted to hardcourt in 1988, Wimbledon is the only major still played on grass.

We included artists and pieces below which all have a ‘tennis’ element in it.

NB: the top image is a piece from the Pothole Gardener

We’ll kick off with “pavement art” and this extraordinary piece below showing, using 3D effect, a court of tennis where The Championships are normally play on.

The artists are Joe Hill and Max Lowry and you will have noticed that the chair one of the artists is sat on is an actual chair and belnds into the 3D piece. 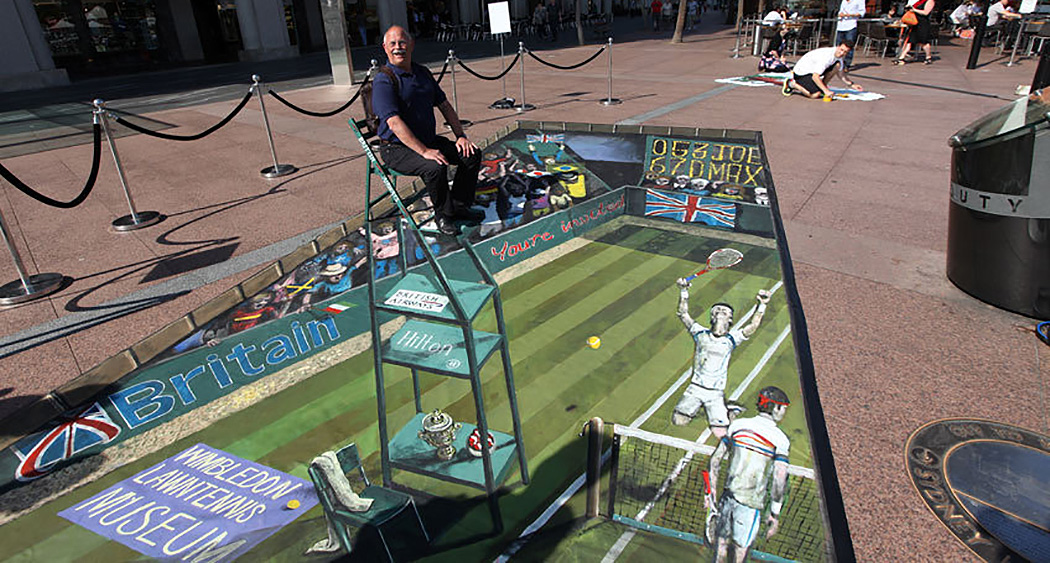 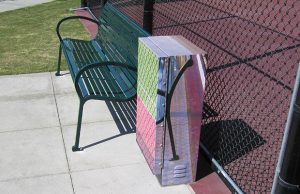 Joshua Callaghan, an artist who lives and works in Los Angeles has recently been using the urban furniture around him and expecially tennis one.

The artist disguises utility boxes by pasting pictures onto them of the scenery behind, thereby creating the illusion of an uninterrupted view.

We have included an example on the left (Click to enlarge). 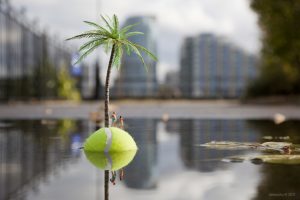 Here’s an amazing new artwork by Slinkachu. These are the first images from his forthcoming exhibition entitled “Concrete Ocean”.

This piece called “Last Resort” was created in Wandsworth, South London, by the British artist who has become famous for his installations all over the city using minature trainset figures and graffiti on snails.

We included below a detail and a zoomed out photo of the artwork. Click to enlarge. 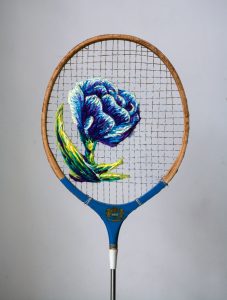 The artist, Cape Town-based uses thick and often bright thread in her creations. Finished pieces include images of flowers or portraits of people.

We particularly wanted to draw your attention to the pieces depicitng flowers hung on the strings of vintage tennis rackets. We included more of it below. (click to enlarge) 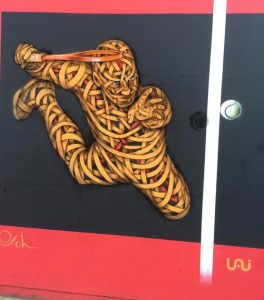 Otto Schade also produced a “Street Art Olympics” themed series of work a couple of years ago which was on display at Frameless gallery and which includes a piece depicting a player tennis.

We went to the show and even wrote a review about it so we hope that you will have the time to read it.

We also includes other pieces related to The Championships, Wimbledon or more generally to tennis.

We hope you will enjoy them! 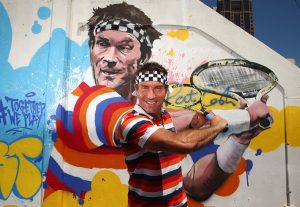 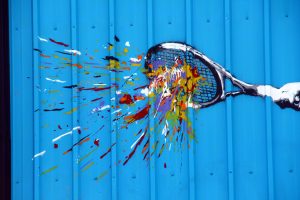 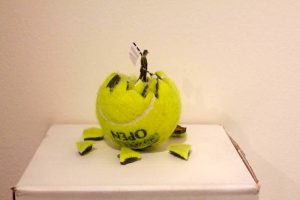 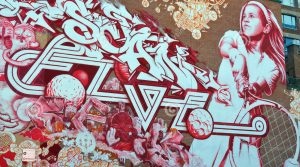