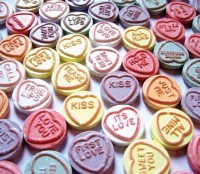 Loos with some style at Far Rock Away 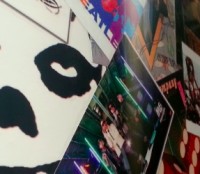 There is a new boozer in town, located on Curtain road to be precised, and should you fancy having a drink while looking at various pieces from emerging (mainly) street artists, well this is your kind of place. Ben Oakley’s Gallery acts as the curator along with Kevin Martin from Hoxton Gallery. Currently on display are Xenz, Above, Lucas Price, Cranio, Cept and Guy Denning. We are not talking just a few spread pieces but walls covered of stuff and I am not even mentioning the... Read More

After having spent almost a year building up a diverse, international and trendy collection of Contemporary and Investment Prints, Jester Jacques Art is now ready to present their Fine Art Collection. Curated by the Directors of JJ Art,  the collection of paintings, sculptures, collages and photographs have been conscientiously selected to ensure quality, investment potential and one of a kind pieces from the finest artists from all over the world, already established in their... Read More 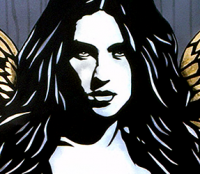 Posted by Pierrick Senelaer on September 19, 2013 · Leave a Comment 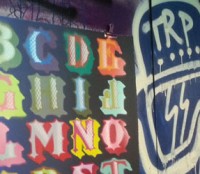 When I first read about this event from my inbox, I must admit I got quite excited as Ben Eine and his work are exciting. If you love colours, letters and typography, you will appreciate this artist’s work. “The venue will be announced just before the show and via Nelly Duff’s social medias”. This was enough to convince me that we were on something good. I was wrong. What the show had to offer was a series of pieces with the whole alphabet broken down in... Read More