Group show at The Rag Factory 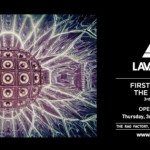 Kelsey Brookes at The Outsiders 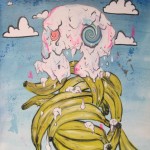 Kelsey Brookes has reinvented psychedelic art for the 21st Century for his UK debut exhibition. His latest body of work consists of large scale canvases, with paintings of animals, bold geometric shapes and kaleidoscopic abstraction, which is unusually... Read more 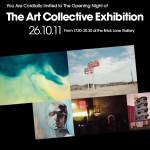 Athleticizm by Goldie at Underdog 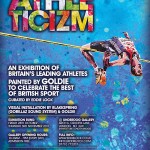 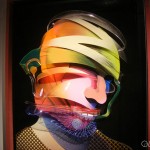 Last time we went to see an Adam Neate’s show, precisely at the same venue, we were happily surprised by the freshness of Adam Neate’s three dimensional works. I hadn’t seen such work, such technique before – 3D in paintings using... Read more 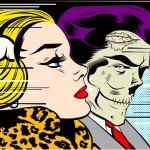 This is not your traditional contemporary art fair, Moniker Art fair, now in (only) its second year has already become a respected platform featuring work of a generation of artists, often coming from  often overlooked in British mainstream fairs but... Read more

Word To Mother at Stolen Space

StolenSpace is proud to present Word To Mother’s fifth solo show with us, entitled ‘Essence Of Adolescence’ featuring a new body of mixed media paintings on wooden panels. ‘Essence of Adolescence’ is an enlightening glimpse... Read more 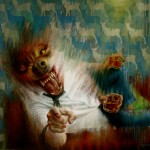 Dale Grimshaw has got a fine art education which meant that he has been difficult for him to be accepted in the streets as a graffiti artist but long ago was that time, Dale Grimshaw seems to plain sailing his style, his own. His new show, Semi-detached... Read more 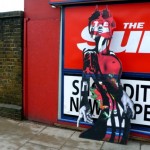 Missum, one half of street art sensation Miss Bugs is to exhibit her first ever solo work at Ink_d Gallery, Brighton. Breaking onto the UK street art scene in 2007, the artistic partnership of Miss Bugs, Missum, has gained international acclaim, culminating... Read more 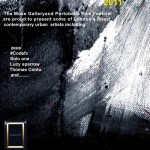