The very kind Pam Glew accepted to answer a few questions about her show – Beatiful & Damned, which opens tonight at Blackall Studios.

ART-PIE: Your show is inspired from the tragedy from the 20’s coming from society icons; their highs and lows, a period was also called Jazz Age. Do you like Jazz and did it play a role in your new compositions?
Pam Glew: I wasn’t a massive jazz fan before making the work for the show, I think jazz divides people, love it or hate it, a bit like marmite. I have warmed to it, after digging around for research on the 1920s stars of the time like Kid Ory and King Oliver’s Band, I now kinda love jazz musicians, the old guys with a look of wear and tear. I think its the trumpet players cheeks that do it for me.
I based most of the show on socialites, flappers, movie stars and pioneers at the time. The aviators Amelia Earhart and Charles Lindbergh (Lucky Lindy) are my new heroes.

A-P: You are using authentic materials for this show, the same you could find at its time. Has it been difficult for some to get hold of?
P-G: Pretty hard, i think i have also exhausted the supply of 48 star American flag, you used to be able to get hold of them pretty easily, but now they are rare. And the 1920 quilts and crewel-work pieces were sought after, i had to hunt them down.

A-P: And what is the one you like most?
P-G: I like the 1920s quilts that i used for After Hours and Charlie Chaplin, it really evokes that time and looks precious. They are curiously thin, and when i used the burn out technique they just look so delicate, but still are quite strong and resilient. i think the 2 blue quilts are my favourite works in the show. But there is 15 new works on fabric, so my favourites change by the day.

A-P: Could you tell us how the technique you used for the body of your new work differs from how you normally execute work?
P-G: It’s the same bleaching technique as i use for the flags, its literally either bleach applied free-hand with a sponge, or paint brush, and then its washed out, dried, ironed, and re-bleached about 5-10 times until its light enough and the face appears. I also use a ‘burn out’ technique which paints on clear and only shows when you use steam, so that process is like magic.

I made some of the fabrics like in Profane Angel and The Band, they are made by patchwork quilt-making, it takes so long but worth it! I also made some work on aluminium, using spray paint, they will be downstairs in the gallery in the ‘prohibition bar’ which houses a retrospective print show of limited editions and rare burn out prints on vintage fabric.

A-P: How long for have you been working on this show?
P-G: I started researching it last summer, watching silent movies, reading biographies of the silent movie stars, and gathering the antique fabrics. I begun making the work after my last solo, which opened November last year, so a good 6 months.

A-P: You often exhibit at charity shows, have you got any more coming up before you next solo show in New York?
P-G: Yes I will be showing in Dallas for the MTV’s Staying Alive Foundation exhibition at Goss-Michael Foundation Gallery, which is a nonprofit forum for British Contemporary art, all proceeds will going to help the Staying Alive Foundation continue its fantastic and vital work enabling young communities to combat HIV/AIDS at grass roots levels around the world. It is such a good cause, so I’m really excited to be involved, that is around September this year. And then the solo in NYC will follow that, so I’m starting work on the NYC show as soon as Beautiful and Damned goes up tonight.

We thank Pam for taking time for this interview and wish all the best for the show. You can see a few pics of some of her compositions for the Beautiful & Damned show which will run until the 29th May 2011 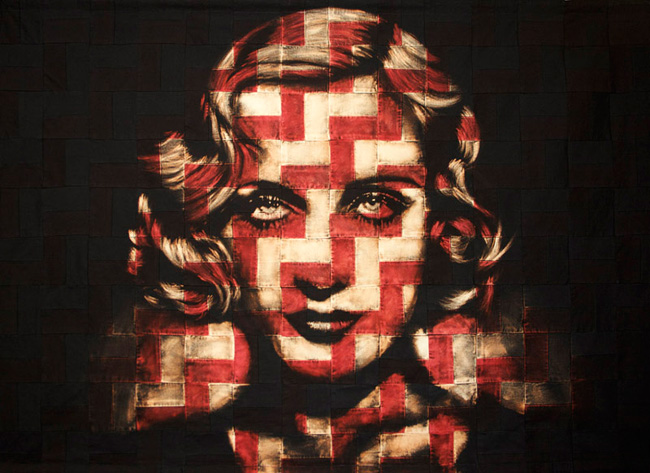 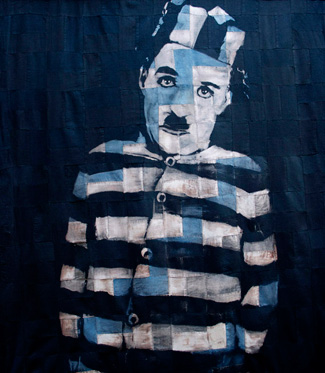 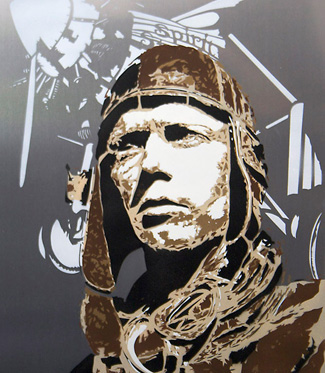 ‘Beautiful and Damned’, the shows title, is of course taken from F. Scott Fitzgerald’s 1922 novel, which explores the listless lives of moneyed society during the Jazz Age.

This captivating era, drenched in glamour yet tinged with tragedy is the decadent setting for this extraordinary series of work. The exquisitely beautiful movie starlets, society icons and characters on display capture the spirit of the age all who are caught in the unforgiving glare of the limelight and some sadly burn out before their time. 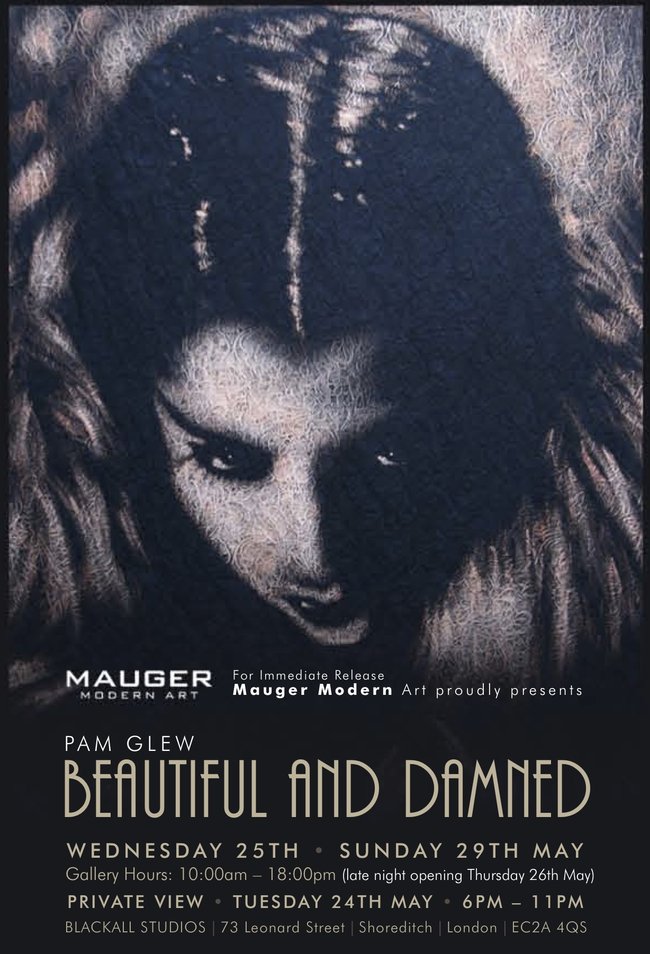 As Pam states, “the tragedy amongst the beauty is what has inspired this show, the sharp contrast between a blessed life and one that ends in scandal, hedonism or destitution”. 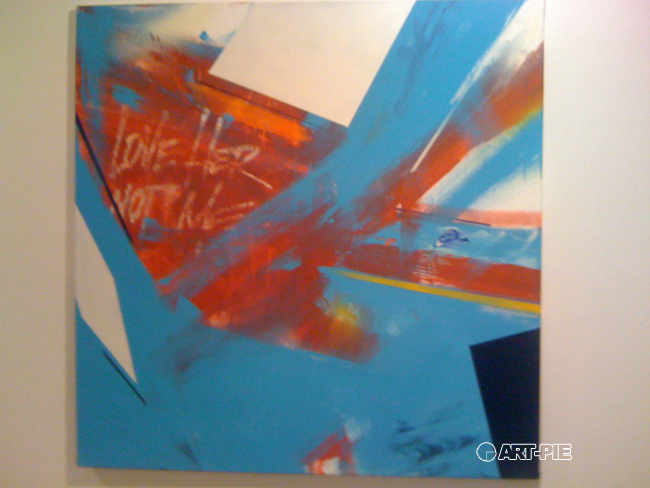 I have always been sceptical about abstract art, never knowing whether I like it or not. I can enjoy it but can rarely get ecstatic about it. Well Remi Rough and the likes of Augutine Kofie or Jaybo Monk are maybe about to radically change this.

A exhibition presents us with works from Remi Rough and Steve More but I will here focus on Rough’s stuff and what an amazing display I had in front of my eyes!

Rough’s mix of shapes and forms combined with an excellent choice of colors make his works come alive. The perspective he manages to bring to his compositions seems to give some sort of pace to the whole thing making it anything but boring.

I may be well on track to love this stuff and ask to see more of it.

PS: You will excuse the so-so quality of the pictures below but I had to use my i-phone that day.

Due to popularity the exhibition has now been extended until Friday 11th 7pm, giving more people a chance to see their work.

Remi/Rough and Steve More are leading a new school of post-graffiti artists and this will be the first UK exhibition to showcase the movement.

A is an exhibition at the forefront of an urban abstract movement whose roots come from a time before the hype of street art. Interest in this movement is steadily gaining momentum and Remi/Rough and Steve More are amongst its finest exponents.

The introduction video to this show was produced by fellow Agents of Change member Timid and shows the works and artists introducing their new direction of Urban Abstract.