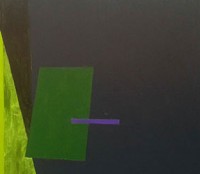 On our way to the Business Centre, where the London Art fair takes place, we could not help but speculating about what we would see and remembered all the wonders we saw in the past years. A quick ushering through by the fair staff and we were in. Thursday evening is a good day to go at the fair as you are sure to find on your path some waiting staff eagerly willing to hand you over free bottles of beers. We thought we’ll go around the ground floor as well as the first floor... Read More 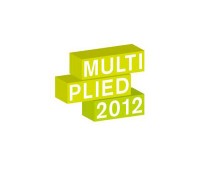 The third edition of the contemporary art in editions fair, Multiplied, returns to Christie’s South Kensington this October. Christie’s is pleased to announce forty-one international contemporary galleries will be participating, in what continues to be the UK’s only contemporary print fair. Once again the salerooms in South Kensington will be transformed during Frieze week. The fair will be open to the public with free admission from 12-15 October 2012. We have included... Read More

Filed under CONTEMPORARY ART, IN THE NEWS · Tagged with fair, London

Posted by Pierrick Senelaer on January 27, 2011 · Leave a Comment

So there we had it – the 23rd London art fair, the biggest yet with a remarkable 24 ooo+ visitors this year. It has proven to me that this event is the place or one of the best places to discover, see or enjoy the best of modern and contemporary British art. Over 120 galleries exhibited this year,  a decent number but still lagging behind its big sister, the Frieze art fair, with its 170+ galleries  but the two events should maybe not be compared as the Frieze fair is... Read More

Posted by Pierrick Senelaer on January 21, 2011 · Leave a Comment

Here is the second set of selected works from this year’s London Art fair which for the sixth year includes Art Projects, now a major part of London Art Fair.. 31 Galleries feature emerging artists and new work. Established as one of the most exciting sections of the Fair, it features solo shows, curated group displays and large-scale installations with galleries from across the world. Pryle Behrman has worked on Art Projects as curator since its inauguration in 2005. Read... Read More

3 hours solid is the time I spent yesterday at the Business Design centre where the London Art fair is being held until Sunday 23rd January and still I ran out of time to get to see or do what I had intended too. This is to show how much there is to see at this amazing event. Read More  Read More