Ears at No Vacancy Gallery 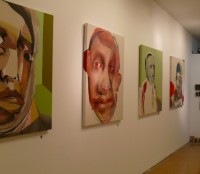 We visited this show just after a quick walk through the famous Hosier Lane in Melbourne CBD. The walls of the Lane sport some of Ears original stylings and give you a great point of comparison between Ears older work and his new body presented in this series. Ears, artist name of Daniel O’Toole, has used a pallet of pastels and more expressive lines to create variations on the characters that have become synonymous with his style over the years. Allot of people aired concern... Read More

Posted by Pierrick Senelaer on February 1, 2011 · Leave a Comment 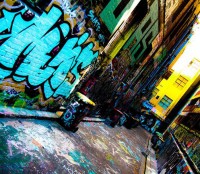 Wow, wow, wow. Get a very good quality camera and find a graffiti spot in Melbourne and this is what you get.  Read More

Posted by Pierrick Senelaer on November 22, 2009 · Leave a Comment

Ha ha ha… That was bound to happen, wasn’t it? Caught out because of twittering too much or the wrong thing! Jason Willians aka REVOK (US graffiti artist) got caught out in Australia (as he was leaving the country) after twittering where he would drop his next graffiti pieces as well as after posting actual pictures of his graffitis freshly sprayed on walls of Melbourne. And if you wonder how the police knew when to apprehend him at the airport, he twittered it saying... Read More