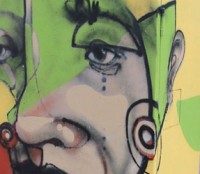 We could resist to share these as some are really good we think. All utility boxes should come with some artwork. First seen on Land of sunshine  Read More

The striking bar of the Prahran hotel in Melbourne 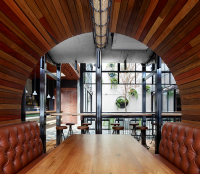 I am lucky to live in London where it must be said, you can find striking looking bars. And let’s face it, it is much better if you sit in some settings which wow you or which makes you happy to be there. After all, I (usually) go to bars to enjoy the moment, to relax or spend time with friends. Have a look at this. We are now in Melbourne looking at this amazing piece of architecture – the Prahran Hotel, where massive concrete water pipes are used to make the bar... Read More 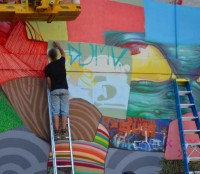 I must admit when I heard that this crew, originally from France, were heading down under I completely geeked out. We have been big fans of DMV, seeing pieces from them go up in Paris, Barcelona and their epic wall at London’s Meeting Of Styles. Even though the show at Rtist gallery is a great way to see each artists individual style, the true abilities of this crew shine when they collaborate on big walls. It seems that everything came together for them here in Melbourne, the... Read More 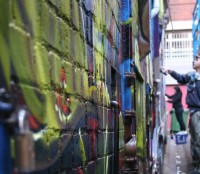 Sniders Lane Project – Presented by Just Another Agency.  Who would have thought that spending a weekend sitting in an alley by a dumpster could be so much fun. At the end of the Semi-Permanent conference Just Another Agency and Sister Bella hooked us up with the last instalment bringing a new location into the Melbourne lane ways mix. It all kicked off on the Saturday with five talented artists, two large scissor lifts and a trunk full of Ironlak spray paint. The artists,... Read More 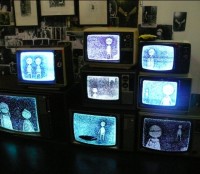 A all female paste up and stencil show: for a show that features several artists, the layout of the works in the space felt as though it was seven minds working as one, with each artist using different tools and techniques, we found that all the themes were interlinked. However, there were definitely pieces that stood out from the rest, this included artists such as Kaffe-eine and Precious little. The space was welcoming and well curated and we will definitely be keeping an eye... Read More