There is something beautiful in urban decay when you can imagine how it used to be, how it has been and there was but it might be even more beautiful when something on the verge to vanish forever, is given a last moment of glory.

This is what exactly happened to a massive ten-story building in a low-income housing district of eastern Paris. The site has become one of the largest venues displaying street art ever.

“Tour 13”, as it is called took seven months to complete and iover 100 artists from around the globe had a go at it. Unfortunately the site is now closed and the tower is set to be demolished in the next few days so we wanted to give a a last homage to this ephemeral yet awesome project.

If like us you did not manage to go to Paris to check this out, there is still the Tour13 website to visit as well as the teaser video below as well as the few pics we have included after the fold. 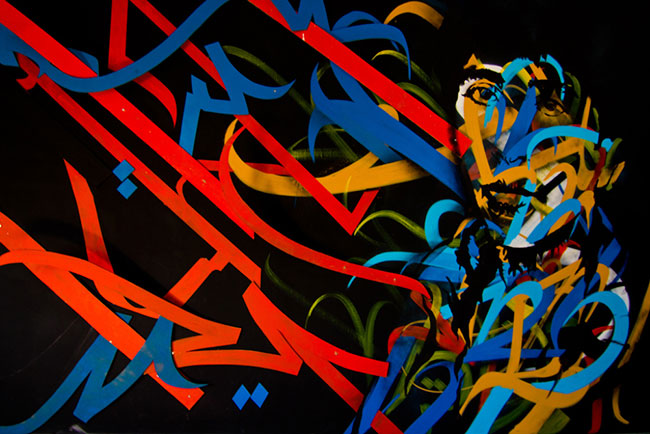 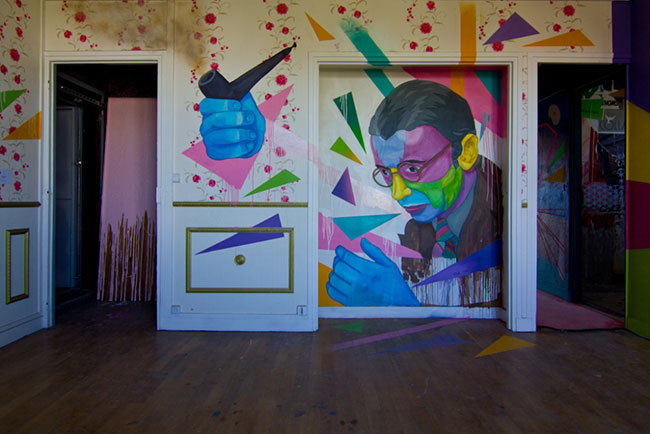 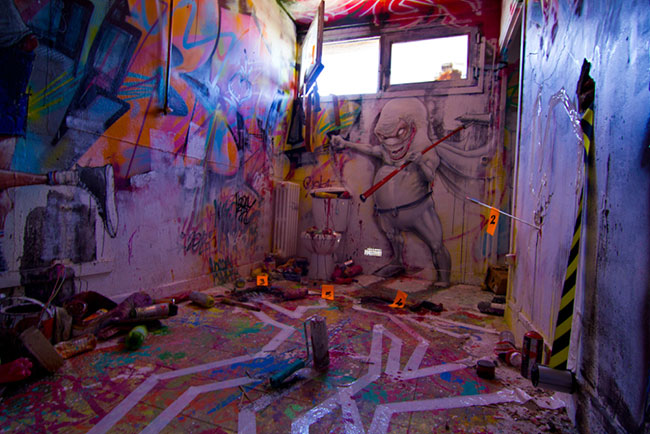 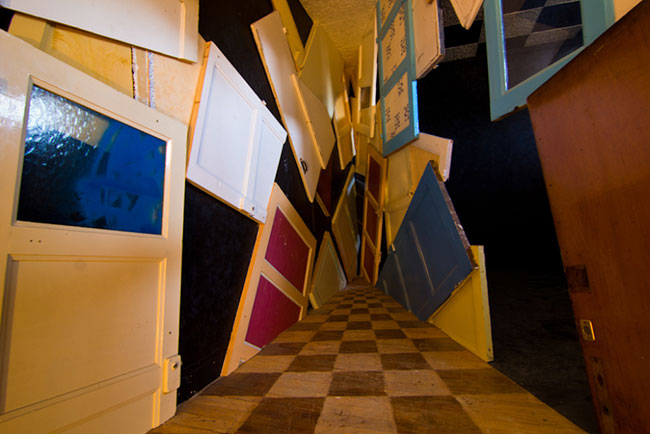 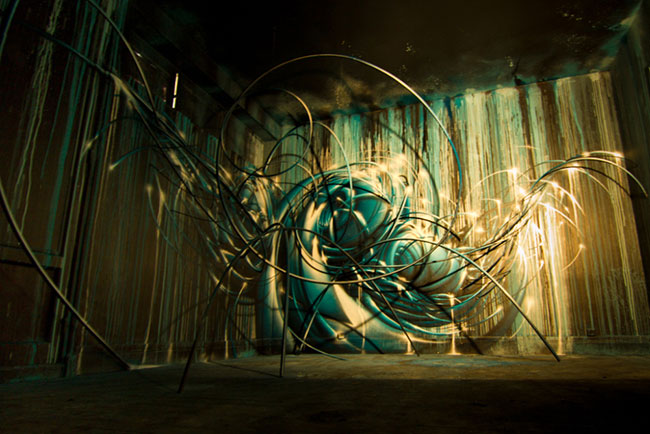 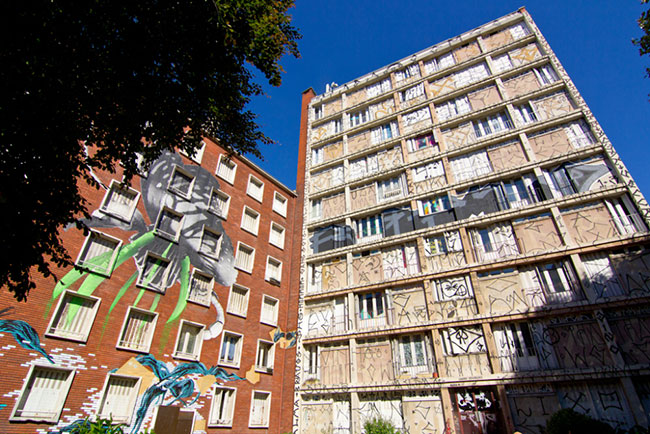 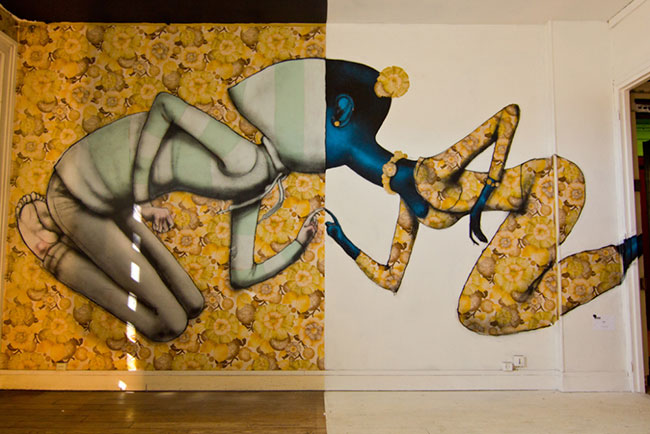 Should the thought of being arrested and possibly get a jail sentence for spraying on walls refrain you from expressing your creativity, look no further we have got a solution.

1. Get down to your corner shop or supermarket and buy cellophane rolls, loads of them.
2. Find two trees or pillars quite close to each other and start rolling the cellophane around one of them
3. Stretch the roll to the other tree and again roll it around
4. Tear off
5. Smile
6. Get your cans out
7. Spray. 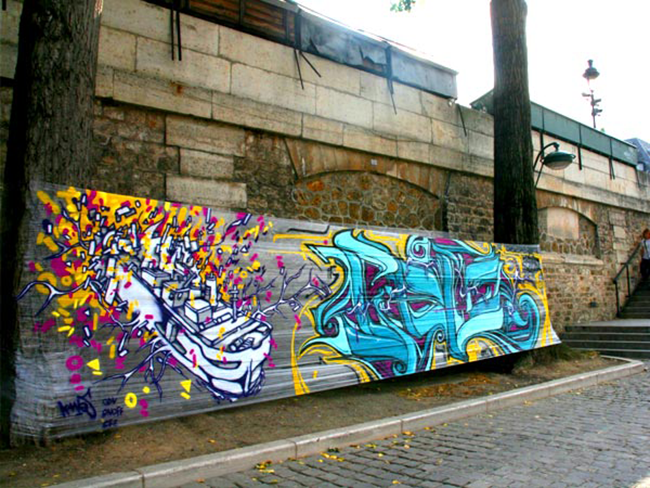 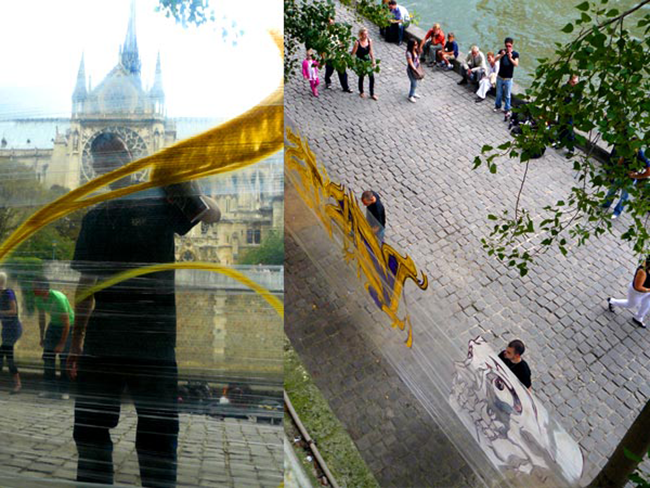 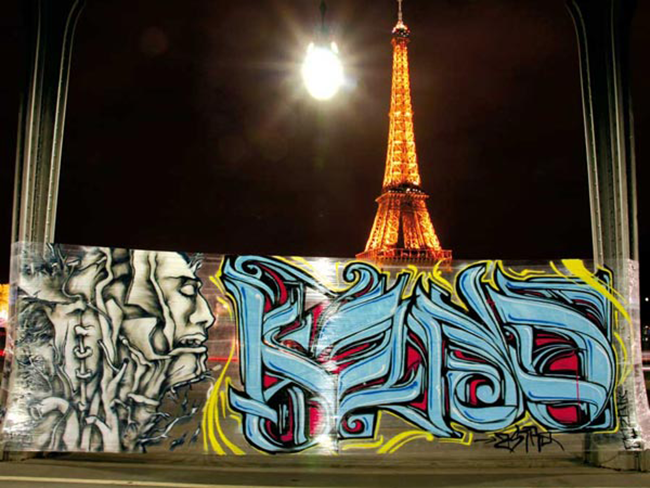 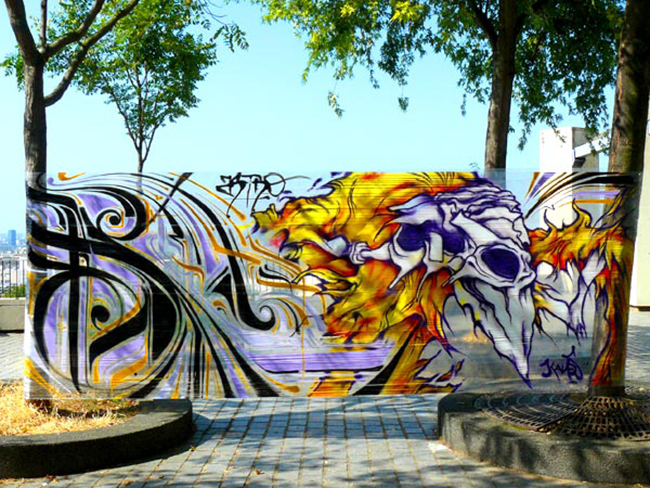 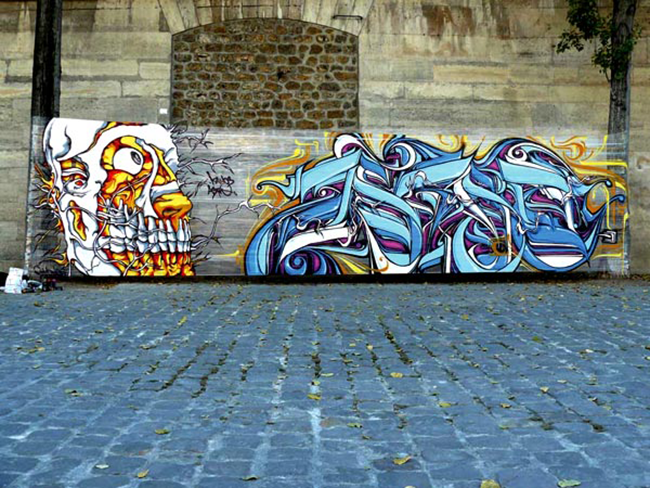 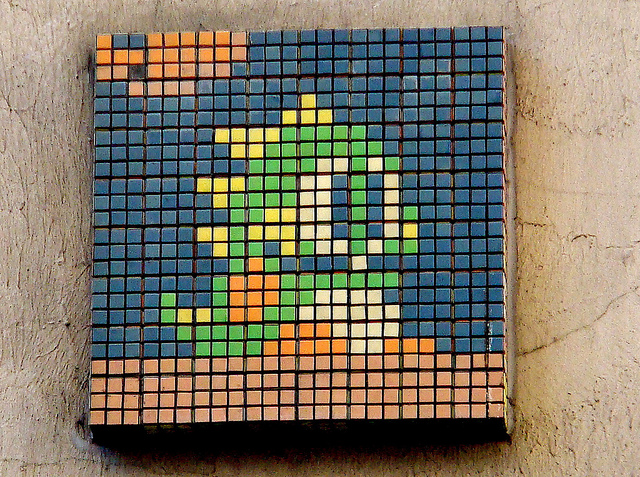 TEASER project is an enthusiastic collective effort which document the Paris street art scene. You will come across artists like Atlas, FKDL, Da Cruz or C215.

We like the interactive map telling about where you can find street art work. We like even more the video tout together to showcase the project – good work indeed. 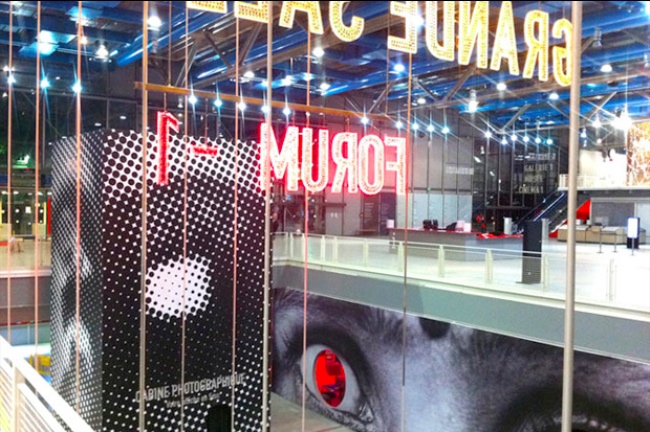 JR has been busy for the last recent months and even more since he won the TED prize earlier this year.

PARIS –
JR is always keen on putting interaction and social aspect right into his work. I present you “Photo Booth”, the new social art project currently help at the George Pompidou Centre. The concept is simple, enter the photo booth and get yourself on a full scale printing from JR. The end date for this project is the 5th September 2011.

JR has also been busy and stuck on various streets of NYC. Take a look at the pictures below to fill the iconic Bowery and Houston Mural space, as we’ve seen(here). 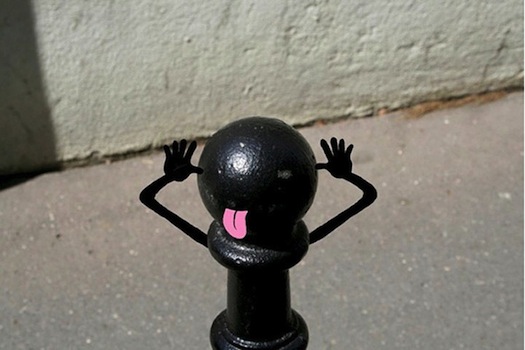 I stumbled across these very creative pictures of what appear to be some street art in Paris. Now, it would seem that the twist is that no one went into the streets and made those up but instead, someone sat in front of a computer and produced them. I must hope I got it right here as there was not much information about these pictures.

I can already hear the street art purists stomping their feet and voice that, to call something street art, the artist has to go out there, amongst the passing-by walkers and produce something. Well, I might agree with this to some extent but I thought I’ll share these pics from a pure creativity point of view which I think is awesome here. 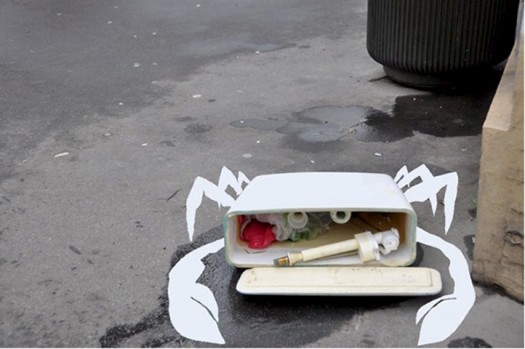 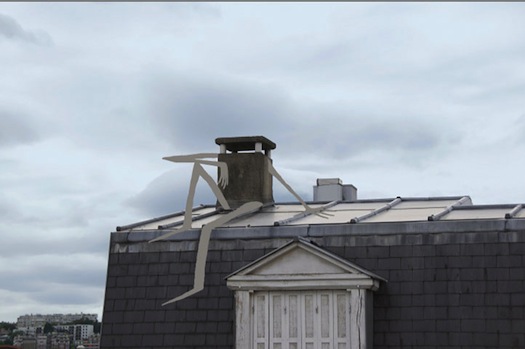 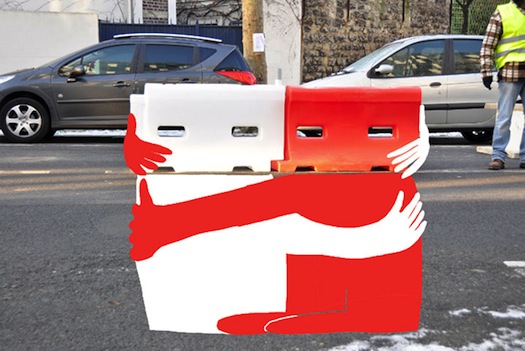