Of all the public art on display at the St Pancras station in London (UK), one piece stands out.

I am talking about the bronze statue called The Meeting Place that proudly stands at the south end of the upper-level beneath the station clock. The numbers: 9-metre (29.5 ft) high, 20-tonne (19.7-long-ton; 22.0-short-ton), impressive isn’t it? But have you been near it and noticed the frieze, a myriad of smaller sculpture works all around the plinth?

No? I did and was genuinely seduced by it.

This whole sculpture is the work of British artist Paul Day, and is intended to evoke the romance of travel through the depiction of a couple locked in an amorous embrace. However this is for the main part of the work, the part that everyone can see from the window of the train…. but, what about the work located at the pedestal? At first glance, there is nothing romantic. 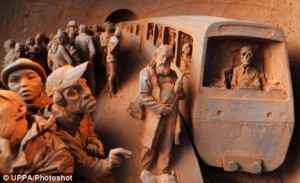 The frieze was actually added by the artists in 2008 and caused a stir as it was branded as ‘controversial’. It indeed originally depicted a commuter falling into the path of an underground train driven by the Grim Reaper (understand ‘Death). The image was one of many featured on a frieze for a controversial sculpture planned for St Pancras in London.

A spokesman for the company said: ‘The frieze as originally suggested will not go ahead and work on it has stopped.”

In his defence, the artist replied that the image was created in a tragi-comic style meant to be a metaphor for the way people’s imaginations ran wild. He added: ‘The imagination and real life are often intermingled.”

Day revised the frieze before the final version was installed and it can be seen today. No trace of Grim Reaper but a multitude of faces with strong or bold expressions, often hard to pin point. Are they sad, happy, tired, pained? I do not know, but what I do know is the artist mastered conveying feelings in this work.

Have you seen this work? What do you think?

If you’ve not seen it, please do as it’s worth the trip.  Enjoy the photographs below in the meanwhile. 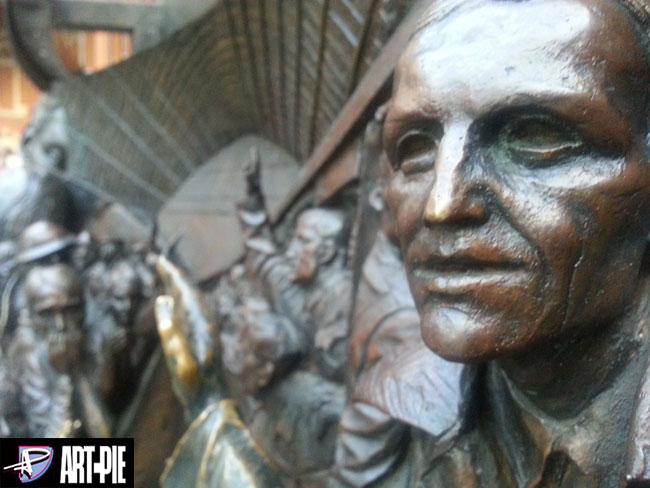 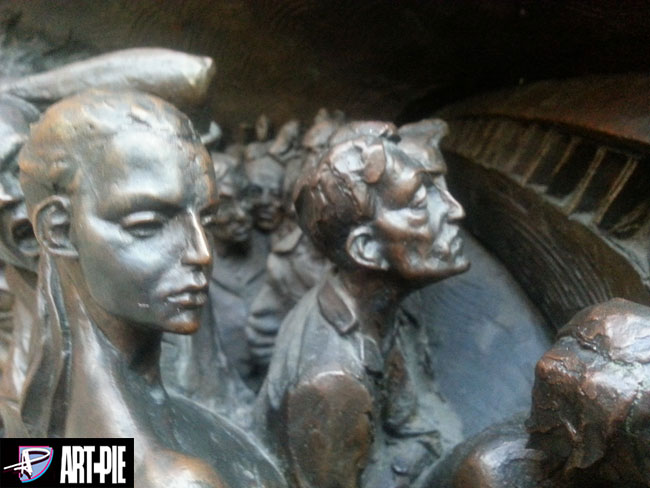 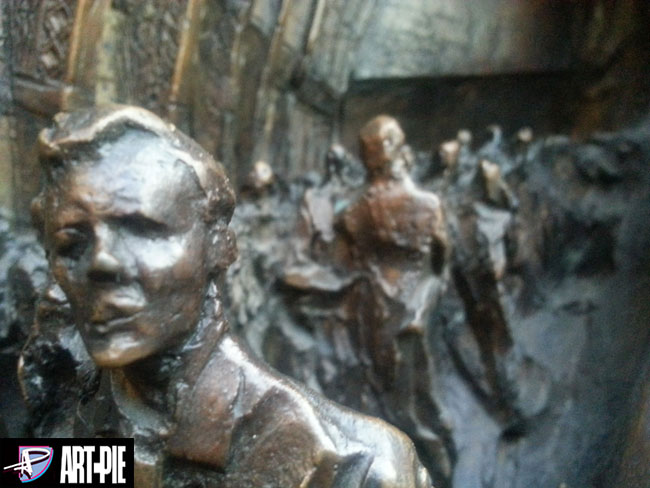 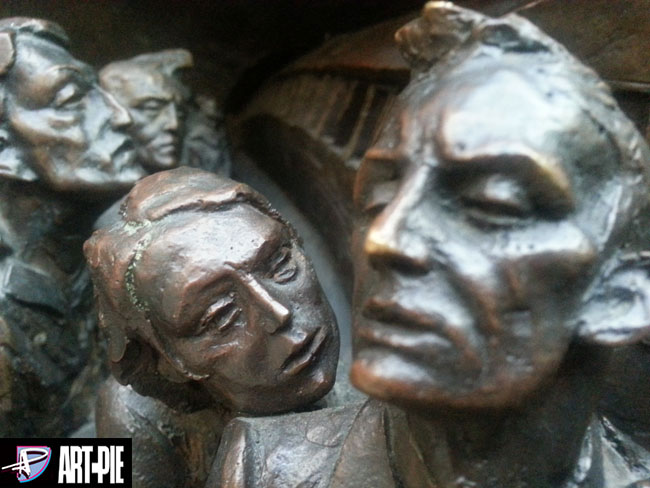 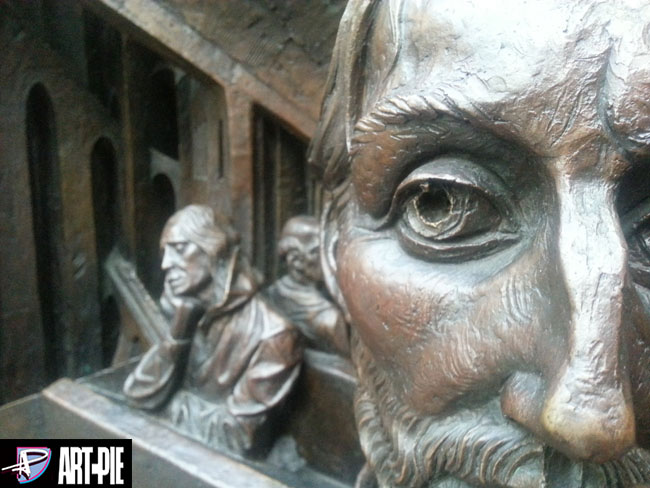