Posted by Pierrick Senelaer on November 19, 2012 · Leave a Comment 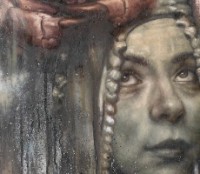 We made our way down to one of our favorite art galleries to check out the new set of works from Dale Grimshaw that makes up his new show entitled “Moreish”. Having seen a few previous shows from the same artist, we knew that we were up for another display of strong emotions from the artist and we were right. This time, the artist looks at the notion of “excess” that is spreading in modern societies and which seems to affect an increasing number of people.... Read More

Posted by Pierrick Senelaer on November 5, 2012 · Leave a Comment 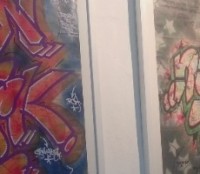 Although street art is inviting itself in auction rooms and household lounges these days, it is still regarded by a large majority of us as vandalism. It is hard to understand anything when you do not try to understand where it comes from but only look at the surface and leave your ignorance driven your judgement which is bound to be false. New York Kings at Pure Evil and curator Christophe Demoulin would definitely like to put this point across to any visitor and underline the... Read More 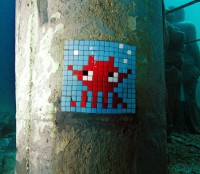 Invader‘s trademark, the so recognisable  pixelated alien character from the even more famous arcade game from the 80’s has been seen by a large amount of people on street corners across the world. The monster has now taken a dip in the ocean and can be seen deep down in the water. Invader teamed up with sculptor Jason Taylor deCaires, known for his underwater sculptures, and stuck his characters of Jason’s works. The result is pretty surreal and I would like... Read More 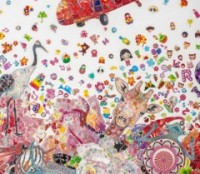 Beijing based artist Ye Hongxing is having her the first UK exhibition at Scream on Eastcastle street, London and the interest seems to be great and not only for this artist but for the entire Chinese contemporary art since the country has turned to capitalism. Hongxing new works will be an answer to this profound social system change that has gone with that change. What jumps straight at you you when looking at her works is the explosion of colours and the somewhat chaos of... Read More

TRXTR new show "Lucked Up" at Get Up gallery

Posted by Pierrick Senelaer on September 2, 2012 · Leave a Comment 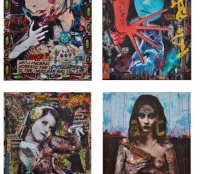 UK based artist TRXTR has a new show but this time in the United States and precisely in Las Vegas. The artist’s work touches on social and moral issues. TRXTR is true ti his style where photography is cleverly mixed with painting through a bunch of techniques It is difficult not to feel anything when looking at the artist’s work –  his work is often disturbing or disconcerting which makes atmospheres transpire to which the viewers ultimately react to it. From... Read More