Message in the Code 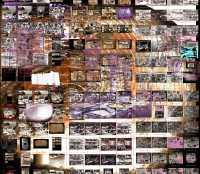 The Bigger Picture (c)2009 Sandra Crisp We are surrounded by coded communications.  The artists of This ‘Me’ of Mine present an interesting insight into the difference gender makes to interacting with these coded communications.  Curiously, I became aware of this difference by posting snippets, sometimes almost cryptic messages, from some of the artists’ bios on Twitter.  A few weeks ago I made these four tweets: 11 Sept 2012 @HarrisonHayley“a lover of objects and stories,... Read More

Struggle in the Moment of Difference 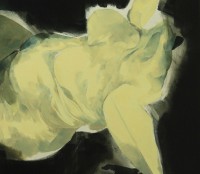 Untitled Nude, (c)2011 Shireen Qureshi, oil and charcoal on canvas I recently interviewed London artist Shireen Qureshi for This ‘Me’ of Mine.  Her ‘Untitled Nude’ is a compelling expression of the struggle in the violence of existence; of being flesh and bone.  We discussed an interesting point of the Deleuzian ‘event’… Jane Boyer: Deleuze suggests we are an event; meaning that out of a chaos in which conditions have come together to form a ‘one’ or... Read More

Filed under CONTEMPORARY ART, INTERVIEWS · Tagged with Gilles Deleuze, Shireen Qureshi, Straight from the Nerves, This 'Me' of Mine

The Universal Struggle to Self-Identify: This 'Me' of Mine 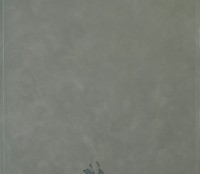 Peripheral Vision, (c)2010 David Minton, oil on canvas But it may be that without meaning there is only space, so in a sense I make my paintings by accident, but knowingly so.  The central space created by painting ‘at the periphery’ has a tension that is constantly pregnant with possibility.  In order to remain so, the tensions of space are never resolved, but continue and it is this continued lack of resolution that forms the overall content of the picture.[1] Perhaps... Read More