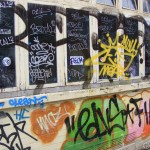 I got myself down to the mighty Brick Lane at the week end, the i-phone (to post photos on Instagram of course) in one hand and the camera in the other one and as always I spent a solid two hours strolling around the area looking for little wonders that... Read more 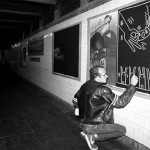 Keith Harring On February 16, 1990, at age 31, Keith Haring’s life was cut short due to an AIDS-related illness. He would have been 54 today and as a homage, here are a few words and a tribute to his most iconic pieces of art. I wonder what Keith... Read more 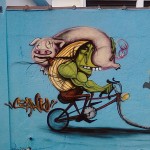 Fabio, a.k.a. Cranio is from São Paulo, Brazil and have been spraying around since 1998. Still to have a show in the UK, I am sure it is just a matter of time, Cranio is getting more and more attentionI in his native country. Armed with sprays, latex... Read more 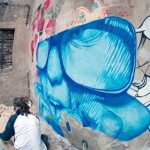 James Bullough and Addison Karl are JBAK ans is a creative collaboration between two artists originally from Baltimore and Seattle respectively and hitting the walls of Berlin. I could not describe better than Jennifer Weitman what JBAK is and is all... Read more 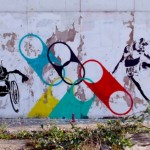 Fab or #CODEFC has been busy in the last few months and have been throwing a few pieces around town where his current topic, the Olympics, is being broken down according to his mindset. Stay tune for more information and a sneak preview about his upcoming... Read more 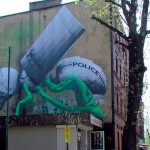 LUDO, French steet art from Paris made a visit to Poland during the Katowice Street Art Festival and took this opportunity to complete this hiuge piece depicting what looks like an aunt wearing “police” gear. Address where this can be seem:... Read more 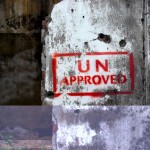 "Woman" by #CODEFC#codefc has recently been to Sri Lanka and witnessed the atrocity of the civil war that hit the country. Below are his words, no edit whatsoever, raw like the atrocities that Sri Lanka suffered and is still subject to. Thank... Read more 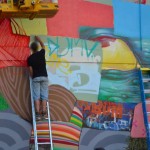 I must admit when I heard that this crew, originally from France, were heading down under I completely geeked out. We have been big fans of DMV, seeing pieces from them go up in Paris, Barcelona and their epic wall at London’s Meeting Of Styles. Even... Read more 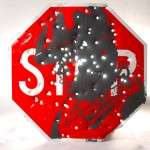 At first, I misread what Dunn, aka Dan Ericson was all about. I indeed confused “signtologist” with “scientologist” and was about to move on when painted road signs caught my eyes and made me read twice. “Signtologist”... Read more

Nikita Nomerz, street at from Russia

What Nikita Nomerz needs to make his art are walls but not just any wall. His preference goes towards dilapidates ones with broken windows or any sort of holes which he will use in his compositions often depicting a laughing face. Along a few pictures... Read more